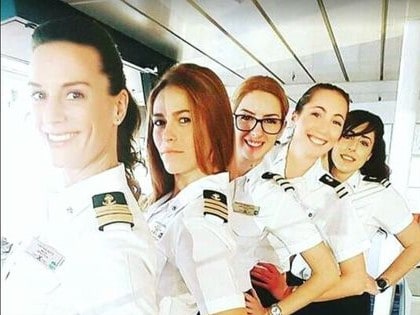 The days of women being bad luck on a vessel are long gone. In fact women have thrived in this industry. Since even before the Women’s Movement, women have been mariners.

Keep in mind, The struggle for equality lives on in the Maritime Industry, as well as most other industries. But we are seeing a shift in recent years.

In 1972 Alene Duerk became the first female admiral in the United States Navy.

She paved the way for female officers to have their voice heard.

In 1978 their voice was heard by Judge John Sirica who ruled that banning navy women from ships was deemed unconstitutional in the case Owens v Brown.

That year Congress approved a change to Title 10 USC Section 6015 to permit the navy to assign women to fill sea duty billets on support and non-combatant ships.

In 2015 then Defense Secretary Ash Carter said that starting in 2016 all combat jobs would be open to women.

Today, there are more than 52,000 women serving in the United States Navy.

“Throughout 2019 there will be a strong emphasis throughout the maritime world on the importance and value of women within the professional ranks.” an IMO statement reads.

On Day of the Seafarer, the IMO encourages all seafarers to hashtag #IAmOnBoard. Whether you are male or female to show your solidarity for gender equality in seafaring.

The IMO’s Goal 5 program is committed to achieve gender equality and empower all women and girls. The IMO’s gender program was initiated in 1998.

Today the IMO has in place, policies and procedures, to help incorporate institutional framework on gender and capacity-building programs.

The IMO has helped with the creation of professional networks dedicated to improve gender balance in the shipping industry.

These Women in Maritime Associations (WIMAs) have been established in over 152 countries throughout the world.

Shifting of Gender Imbalance in Maritime

In 1992 the IMO made an estimation of women seafarers. 1-2 percent of the total population of seafarers were women, and those included service jobs on board merchant ships such as catering, cooking and hotel workers for the cruise industry.

According to the World Maritime Universities publication in 2015 “Maritime Women:Global Leadership” women represent between 3 and 30 percent in various maritime organizations including the Merchant Marine, and Cruise ship sectors.

However the shipping industry continues to be one of the industries that sees the lowest number of women in the workforce. We have to ask ourselves, why more women are not getting into the Maritime industry? 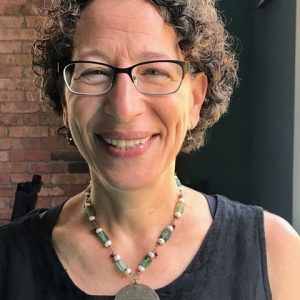 I had the pleasure of talking to one of the Maritime Industries most accomplished women. Captain  Kurtz is a 1986 Graduate of Kings Point. After graduation, she started sailing as a 3rd Mate on large crude oil tankers. She moved to 2nd Mate and Chief Mate there after. She received her Unlimited Masters License in 1993. Captain Kurtz is a Tampa Bay Pilot, and has been since 1995. She is one of only two females that pilot ships in Florida.

Jamie: “From your perspective, what has changed (and what hasn’t) since you began your career?”

Capt. Kurtz: “Many things have changed and many things have stayed the same.  Overall, it is a kinder, gentler merchant marine than when I graduated from Kings Point in 1986.  When I was sailing, there was no harassment policy in place, no training in leadership for chief mates/masters, and certainly no sensitivity training or anger management training.  It was a very much sink-or-swim environment. If you didn’t have thick skin and stand your ground, you probably weren’t going to last long on a ship. The advantage to being in a semi-hostile environment is that I always worked harder and really had to learn to get along, become very self-sufficient, and learn to recognize that it was mostly someone else’s problem if they didn’t know how to act around a female shipmate.  Becoming a pilot was an easier transition, mostly because at a higher level of qualification it was understood that you had achieved what everyone else in the group had to become a pilot. I came in with an unlimited Master’s license, which not all of my partners even had. When you get on a ship as a pilot, even if the captain is surprised to see a woman, it is understood that I am qualified and certainly more experienced at piloting than the captain is.”

Jamie:  “When and where did you start your career in the maritime industry?” What personal trials have you faced in this industry?”

Capt. Kurtz: “Upon graduation in 1986, I went to sea as a 3rd mate on a large crude oil tanker. I moved up to 2nd mate then Chief Mate on similar ships until I left in 1994 to study and test for the Florida Pilot exam, which I passed in 1995.  One of the hardest things for mariners, both male and female, is learning how to balance your work and personal lives, especially once you have children.”

Jamie: “Why do you think more women are not getting into this career field (on ships)?”

Capt. Kurtz: “ I actually think there are more women at sea than when I graduated, so there is progress in that way.  There are many ships that come in to tampa where there are several female deck officers, including Chief Mates and a couple of Captains.  There are around 30 women pilots in the country, up from 8 when I started.  There are also lots of women that work on harbor tugs, osv’s, oil rigs, and other types of marine installations.  I have learned a lot from following women mariners on Instagram! We are everywhere!”

Jamie:  “Are there mentoring programs that cater to the women of this industry? (in the States) and can you share those with me?”

Capt. Kurtz: “I am not aware of official mentoring programs in the US, but I do believe they exist unofficially on a local level.  WISTA is an international organization, and Women Offshore. I just signed up to participate in a mentoring program based in Australia.  Once I understand how it works I will ask the organizer about setting it up here. It is done through an online platform called mentor loop.”

Jamie:” What do you think this industry can do to encourage young women who may be thinking about a seafaring career?”

Capt. Kurtz:”I think exposure at an early age is key.  There are a couple of high schools in our area that have maritime curriculum, which falls in with the new emphasis on STEM. Outreach from women in the industry is very important.  Ally Cedeno, who founded Women Offshore, has been a driving force in gathering women mariners here in the US and internationally.  She participates in forums around the world and is the founder of Unite, which is a women-focused maritime conference in its 3rd year.”

Jamie: “ Do you belong to any social media groups that I can share?”

Capt. Kurtz: “My social media participation is limited to instagram, I’m not on facebook!  Women Offshore, Women in Maritime, Sea sisters are some of the accounts I follow, and of course one leads to another.  My account is pilotmom52, but it is private so someone would have to request to follow, which I generally allow if it’s a maritime person.”

Think about Mentoring a young lady

Woman seafarers like Ally Cedeno and Carolyn Kurtz are making an effort to keep female seafarers in the forefront of this industry. What have you done?

Mentoring is an important part of the solution. Young women need to see that they have a place at the Captain’s table (and can sit at the head of the Captain’s table). Women and men alike have a responsibility to mentor young people about this industry.

First let me thank Captain Caroyln Kurtz for giving me the opportunity to let me interview her, And for the valuable content she provided for any young lady who is thinking of a seafaring career.  Lets not just show our support for Women in Maritime on June 25th 2019, but every single day.

Mentor a young lady and tell her that this industry is full of fantastic ladies who have achieved great things in their career.

Join me on International Seafarer day June 25th 2019 and please use the hashtag #IAmOnBoard to celebrate the women in this industry. If you would like to add to this discussion, please comment below.

Rules of the Road Book